Printed Circuit Boards: Then and Now

Their production has become faster and more automated, and they’re at the center of all our electronic devices’ functionality. Today we’ll touch on the history of PCB assembly, look at how we started, and where we are now. 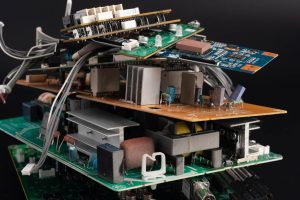 The very first PCB was created by an Austrian engineer named Paul Eisler for a radio set in 1936.
However, it wasn’t until after the Second World War was over that this technology was used for any commercial purpose. Until the late 40s, Eisler’s design was used exclusively by allied forces in the war. The biggest use came from the United States army who would use the PCBs to create proximity fuses. The circuit work helped the bombs go off on pre-calculated distances to take out planes, tanks, and ground troops.

In the 1950s, PCBs started to get mass-produced in factories across the United States and the United Kingdom. This was made possible by large-scale assembly factories that became commonplace at the time.

The factories would produce extra large circuit boards that could even be a few feet long. Individuals would have to walk across the circuit board and add all the circuit work to make a working PCB. At the time, small mistakes could ruin the PCBs completely, and it required a lot of care and cautious handling to make the PCBs. Everything from calculators to the Apollo 11 used PCBs. 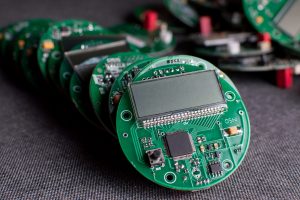 Modern-day PCBs are minute. They’re small enough to add multiple high-powered PCBs to small devices. Our smartphones themselves have 12 layers of more of PCBs stacked that make it work while still getting thinner every year. The development of PCBs has put us in what’s called the Hybrid years; one device gives you multiple functions.

PCB assembly and other electronics design services are required part of any OEMs looking to mass-produce their products. If you’re on the lookout for reliable embedded design services or electronics assembly services, check out our Find an EMS platform to connect with a registered EMS. Get in touch today.

We're not around right now. But you can send us an email and we'll get back to you, asap.